The debut single from 14 Iced Bears, Inside. Released on their own Frank record label in that classic year for indiepop 1986.  14 Iced Bears were always associated with Sarah records but it looks like Come Get Me was their only Sarah release but it appears on Air Balloon Road and Shadow Factory compilations.

It would be obvious to think that they are twee, even their moniker has a saccharine taste.
But Inside and Blue Suit has thumping drums and a deranged guitar sound. 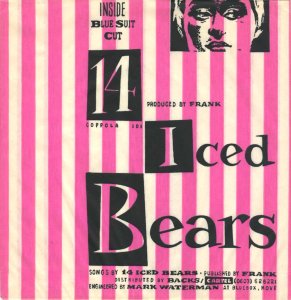 A rare out of print classic, that has less to do with C86 and Sarah records than probably realised. Firstly this album was released on Thuderball Records.  I would hazard a guess that Thunderball was the Bears own label judging from it’s catalogue.  I always thought that they were a Sarah band, but after a quick check on Discogs they only released Come Get Me on the Sarah label.

This is not twee and has some psychedelic leanings. Some of the songs have a noisy fuzzy blanket over them.  This is true of the songs such as Take it and Train Song. After listening to this album, I personally feel that it is an uncredited influence on many bands.

Take the lyrical and dreamy Holland.  I like to think it was the inspiration for The Field Mice’s song Holland Street that appears on the So Said Kay 10-inch ep. Listen to Moths and The Darkside’s Tornado, and they are basically the same song. 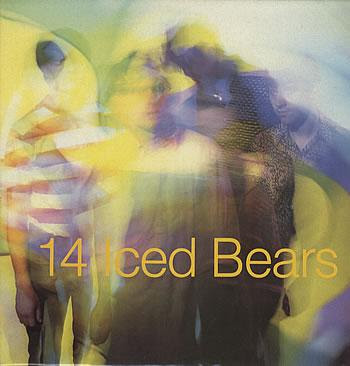