Bleach were often overlooked, and compared with Lush and Curve. The only thing they had in common with these bands was that they all had female vocalists. At a push I would compare them with a harder sounding Primitives.  To be honest Bleach and me have a very unmemorable relationship, my girlfriend of the time was a big fan of them.

The sound was essentially raw, relentless with fuzzy twisted guitars. This did not help Bleach to standout. They hung onto the indie fringes. Their first two EPs were shoegazing classics but they ran out of steam very early on. When they fell out with the music press (this happened to everyone at sometime), singer Salli Carson was accused of being a ‘sex object.’ In response to this she shaved her head. Which was probably when they disappeared altogether. Salli did re-emerge in 1999 on Idlewild’s Hope is Important as a guest vocalist. 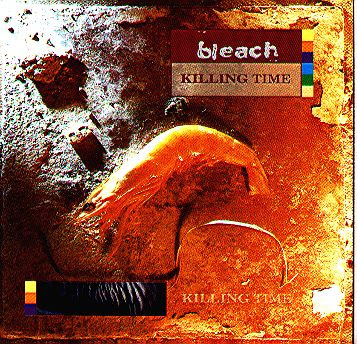