Such is the reverence for this 22 track compilation, when it arrived it was the most indie thing that had ever happened.  It is the benchmark in twee, jangly, indiepop and would be namechecked for decades, it basically launched indie.  Listening to the compilation it is not all twee sugary jangle, Half Man Half Biscuit’s I Hate Nerys Hughes (From the Heart) is a fun-filled caustic tune, and where are the dreamy melodies in the MacKenzies Big Jim (There’s No Pubs in Heaven) the instruments are detuned creating and offbeat disturbing sound.

Listening to C86 I find myself thinking there must be a song on here by The Railway Children or Talulah Gosh but there isn’t but the compilation must have influenced them hugely.  In the 90s before the internet took off, there were very few copies of C86 available and the majority of indiekids such as myself had never heard the album, but it was so revered and so unattainable, that this added to its mystique.

My favourite song is The Bodines Therese, this was a staple the indie disco I used to go to in Bournemouth even though it was 94 this song was still played.

Primal Scream Velocity Girl
The Mighty Lemon – Drops Happy Head
The Soup Dragons – Pleasantly Surprised
The Wolfhounds – Feeling So Strange Again
The Bodines – Therese
Mighty Mighty – Law
Stump – Buffalo
Bogshed – Run To The Temple
A Witness – Sharpened Sticks
The Pastels – Breaking Lines
The Age Of Chance – From Now On, This Will Be Your God
Shop Assistants – It’s Up To You
Close Lobsters – Firestation Towers
Miaow – Sport Most Royal
Half Man Half Biscuit – I Hate Nerys Hughes (From The Heart)
The Servants – Transparent
MacKenzies – Big Jim (There’s No Pubs In Heaven)
Big Flame – New Way (Quick Wash And Brush Up With Liberation Theology)
We’ve Got A Fuzzbox And We’re Gonna Use It – Console Me
McCarthy – Celestial City
The Shrubs – Bullfighter’s Bones
The Wedding Present – This Boy Can Wait (A Bit Longer!)

They appeared on C86 and are the embodiment of shambolic indiepop.  Sittin’ Pretty is an album that is either loved or hated.  It does not sit with the fey twee image that would surround them.  There is a rockabilly country feel to songs like Sittin’ Pretty.  There are plenty of influences at play with this album. Eugene Kelly (BMX Bandits, Captain America and Eugenius) has the vocal duties on Baby, You’re Just You and Swerve.  There is also a considerable Shop Assistants influence with Annabel “Aggi” Wright appearing on Nothing To Be Done and David Keegan on guitar duties in Swerve.

There is a refreshing garage rock appeal to the album, it owes much to the work of the Ramones and the Velvet Underground. 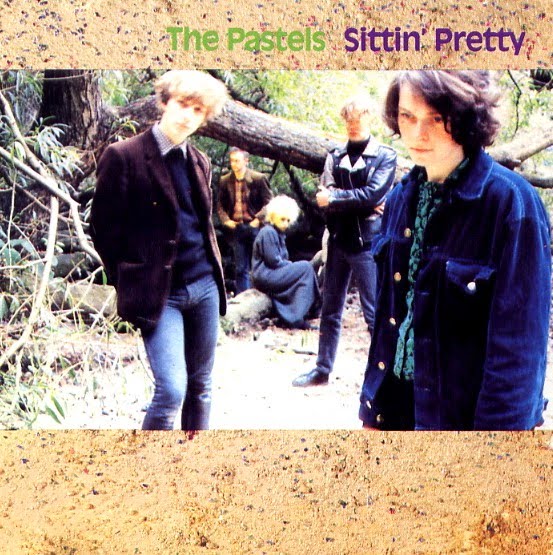