After the debut album Reading’s Chapterhouse tried a different tack.  Mesmerise was unlike anything they had done previously and it marks a high point in their career.  The production was much clearer on this EP too

In the title track a piano tinkles at the beginning, soft electronic beats and trademark floaty vocals appear. It is a lazy hazy summers day of a song rather than the melancholic moods that were associated with indie music at this time.  Precious One is more like the Chapterhouse that we know and love, with the synth buried deeply in the song and the guitars at the forefront.  The guitar work does sound a bit like the Cocteau Twins.

Summer Chill has a paper thin feel with soft weak vocals perched on a delicate effervescent guitar wash and light percussion buried down deep. Then We’ll Rise finishes the EP on a more upbeat note with both acoustic and electric guitar, but the vocals are still quiet.

Rownderbowt could be seen as squeezing the last penny out of the shoegazing movement, Chapterhouse only released two albums and a handful of singles. The compilation was put together without the bands knowledge. But instead of flogging a dead horse, this album brings the best moments of Chapterhouse out. The first disc has the lead songs from every single, some tracks from both albums and a few b-sides thrown in. From just this disc you can understand why there was such a dedicated following.

The second disc is a collection of demos,rarities, remixes and unreleased material. There is a version of I’m Losing Touch with My Mind, it is very good. I would confess to being the biggest Spacemen 3 fan ever and I like this cover. Chapterhouse’s take on the song is faithful to the original, that is why it is so good. If anyone is wondering why I never write about Spacemen 3, it’s because I am not worthy. I revere their work so much.

The unreleased material was what the band could of become had they not split up. There is a remix of Picnic from Blood Music, and the Chapterhouse oddity Die, Die, Die. I had a black Chapterhouse t-shirt with DIE, DIE, DIE in white letters across the front. That was one of my favourite long-sleeve t-shirts of the time.

Losing Touch with My Mind
Ecstasy II
Dream On
Until You Try
Kane
More Than I Can Take
Brighter
Feel
Don’t Look Now [Sitar Trance Mix]
We Are the Beautiful [Spooky’s Ugly as Sin Mix]
Picnic
Die, Die, Die

This is a mature sounding EP from Chapterhouse as this was one of their first releases. The lead track Something More was not produced by The Cocteau Twins’ Robin Guthrie he did the softer version on Whirlpool. This is the heavy original that is as good as anything by Ride. Rumbling breakbeat drumming, dub bass line, with both droning and jangly guitars with angelic vocals on top of everything

Satin Safe, six minutes of noise that would be associated with Loop rather than Chapterhouse, saturated in feedback.  Rain is a Beatles cover, if you think of the fab four on a delay and reverb overload, that is about the size of it.  Feel the Same completes the EP and it brings the listener back to what are good at soft vocals and dynamic guitars.  Towards the end of the track there is a bit too much of a wig out, the Marychain would of been proud of this one. 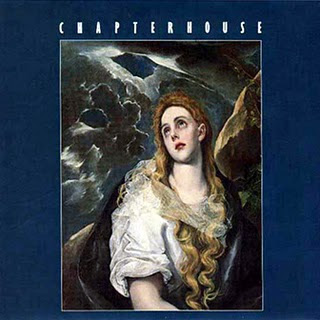 The debut EP from the Thames Valley quintessential shoegazers. This features the instantly recognisable Falling Down with it’s dirty funky wah. If you listen to the end of the song there is a really driving bit of bass work going on. Next is Need (Somebody) which doesn’t sound like Chapterhouse and Inside Me is like an early pre-Isn’t Anything My Bloody Valentine track. The last song is Sixteen Years which drifts along with floaty unintelligible vocals and then becomes saturated feedback, then it returns to floaty. A precursor to a Mogwai quiet/loud sound.

Falling Down
Need (Somebody)
Inside of Me
Sixteen Years

Chapterhouse’s Whirlpool could only existed at that time in the early nineties. It was what every sixth former dreamed to be at that time, to have the ‘look’ and a large selection of effects pedals at your disposal. This was what they were sometimes compared to sixth formers with pedals. In retrospect they were very talented, there clever use of melody and rhythm compensated for the weak fey vocals.

It opens with the energetic Breather, the riffs, drum rolls and cymbal crashes are completely contrasting to the vocals. The soft dreamy vocals actually compliment the music. This soft/hard strategy is used by many bands in the loud/quiet approach to song writing. There are soundscapes within songs, but they are not too obvious. Pearl is the main song of the album its got a a groovy keyboard chord and drum rhythm, awash with indistinct vocals guitar effects. Autosleeper alternates between soft melodies and extreme noise experimentation, the sort of thing that Mogwai based their sound on. My favourite song on album is Treasure, it is very intense. It was magnified by the realisation that the chorus actually is I’m in heaven, Oh, I’m in hell, this was only after the 1000th time listening to the song. The grooviest track is Falling Down built around a chugging filthy wah riff, it flirts with the realms of being a dance track.  If You Want Me sounds very Spiritualizedesque it starts off softly and builds up to a  wall of sound.

This classic is definitely set in the nineties but has strangely stood the test of time. 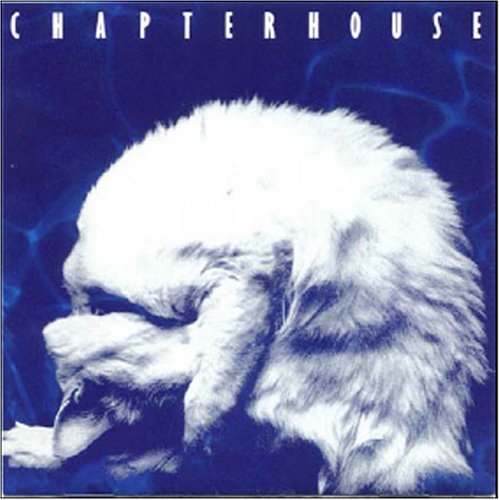 This was a very different album to what Chapterhouse’s fanbase were expecting, and it went against the music trends of the time.  If this niche of ambient, psychedelic, slightly techno, shoegaze became accepted then Chapterhouse, would have led the field.  I think it is important that band’s experiment, otherwise none of the great musical movements would of been founded. This would show that the bands own taste in music was diversifying.

The songs that they experiment with, is not a half-hearted leap into dance music; Chapterhouse embrace this sound. Yet there are some songs that still hark back to the indie safe haven. These were the ones that were released as singles, so She’s a Vision, Don’t Look Now and We Are The Beautiful, you would expect them to be on Whirlpool.  Although there are remixes of We Are Beautiful feature on this particular version of the album.

This description makes the album sound like a mish mash, but it flows together as a cohesive piece of work. At the end there is the truly epic Picnic. It is a 15 minute stormer, with long songs they can get repetitive for example Fools Gold or even Suicide by Spacemen 3; Picnic has many layers and facets, it rises and falls. This song is more like musical journey. 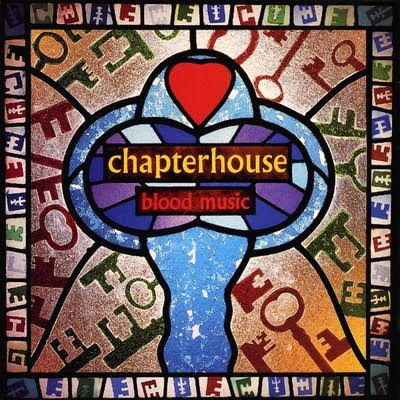