The lost Dark Star album, which largely was largely the stuff of fables and legends until it appeared via Soundcloud in 2011, 10 years after Dark Star called it a day.  Listening to Zurich it is obvious that it was very close to being released, it just need to be mastered, and then EMI lost interest.  Some music journalists have theorized that because there is no standout single like Twenty Twenty Sound’s I am the Sun, was the main reason the album was shelved.  I would disagree and personally feel that Perfectly Simple, 3 Seconds or Strangers and Madmen would of made great singles.

There is no real record if the album was just seven songs or even if it was going to be called Zurich, there are nine track versions written about but I have yet to find a copy.  It is unmistakably Dark Star there are massive metal guitar riffs in Perfectly Simple and there is definitely a prog rock feel to songs such as Strangers and Madmen mainly because of the disregard for pop sensibilities.  With such a limited backcatalogue it would be a great loss if this album never saw the light of day.

Dark Star were basically Levitation without Terry Bickers, with a very short-lived career. The trio were had up of vocalist and guitarist Christian Hayes, bassist Laurence O’Keefe (the Hope Blister), and drummer Dave Francolini.

This release is the remix CD.  About 3am (Overseer Pingpong remix) is quite possibly the most spikey remix ever.  Think  Technohead’s I Wanna Be A Hippy and you will see the similarities. S.P.A.M is a great track that I would try and describe as post-rock techno, which hardly does it justice. 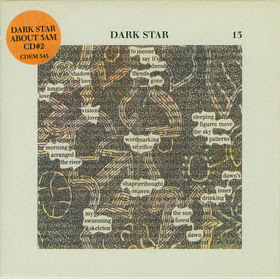 Dark Star – About 3am

About 3am
About 3am (Overseer Pingpong remix)
S.P.A.M