The second single from Five Thirty; which is a massive leap in the opposite direction the the debut, Catcher in the Rye.  The opening chords of Air Conditioned Nightmare sounds like it is Day Tripper by the Beatles.  Within the opening track, I am sure that there is the classic lyric, “is your name Douglas Hurd?”

The b-side is a Hendrix wah fest Mistress Daydream, which is also the closing track on the US version of their album Bed.

Below is a photo I took of Tara Milton, when Five Thirty appeared with The Bell Tower and Chapterhouse on 11th October 1991.  The venue was the Student Union at Southampton University.  This is officially my first fan photo I took, and Tara was carrying a bottle of booze.

Great band wrong time. Five Thirty were way ahead of their times they were definitely proto-britpop. They had the whole mod thing going on, while Ocean Colour Scene were still very indie. There adrenaline fuelled songs and energetic live performances were out of keeping with all the indie kids. Who were all still blissed out at the love-in. When I saw Five Thirty the crowd went into a frenzy. It was one of the sweatiest and crushing gigs ever!

It is a great album. Less than a year after it was released it was in the bargain bucket of ‘Our Price’. I used to fish it out and put it back on the shelf.  The excessive use of wah throughout is brilliant; it gives a funky 70s Sly Stone groove, with a hard The Who style power chords.

Below is a short video of them performing Junk Male.  Unfortunately there is a brief interview by Gary Crowley as well. 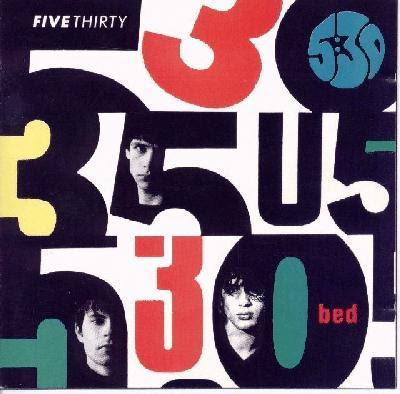