The celestial new music video from Grabbel and the Final Cut premieres later today.  You Are The Sun is the title track from the EP of the same name.  Remixed by  Russian sound engineer/producer Sergey Bogaev and released in December 2018. The video enhances the soaring guitars with vintage space footage of Apollo 11.  As the video pans over the Earth from space washes of guitar.  The live footage of the band was filmed by Günni Ungar and Oliver Winkel at Salon Hansen in their hometown Lüneburg, Germany.

You Are the Sun EP is available from Bandcamp 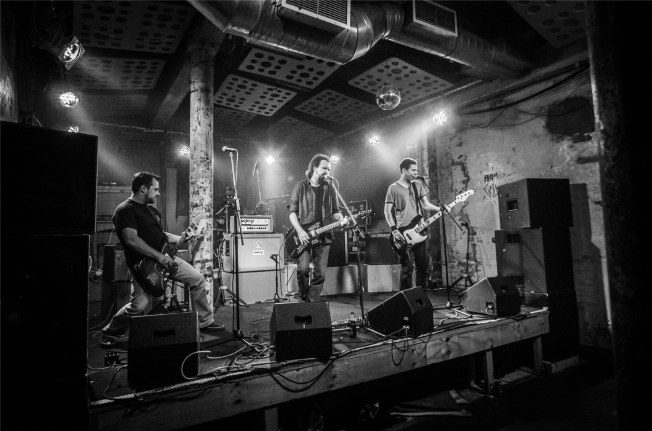 In early 2018 Grabbel and The Final Cut were approached by Russian sound engineer/producer Sergey Bogaev with regard to a possible collaboration. The band liked the idea of having some songs from their MMXVI album getting remixed, and so they sent a first set of multi-tracks over to Siberia, where Sergey runs the Unstoppable Recordings Studio.

What Sergey did was clean up the tracks and remove much of the distortion out of the songs.  The remix of The Pioneer makes the original sound like it was recorded at the bottom of a well, the reverb was removed from the vocals and guitars.  The title song You Are The Sun (remix) is very faithful to the original, but sounding more clean and pristine.

Grabbel and The Final Cut have released the highly anticipated music video for Just Not Today, which was a single from the MMXVI.  The song was an ideal choice for a retro sixties pop video, the catchy lyrics and buoyant guitars give this a pop tune character.  Just add; “twist, shake” and “love”.

The dialogue at the beginning of the video is taken from first episode of the famous German TV show “Beat Club” from the sixties.  The German TV personality Wilhelm Wieben opened the first show with a short speech, incidentally Dave Lee Travis presented the show for a short time.  The show was originally produced by Radio Bremen, who helped the band with the original equipment to give the video a more authentic feel.  If you look carefully at the video you can see the retro microphones and other sixties paraphernalia.  The company that made the video was Beatvideo (the “beat” in their name is just coincidence).

Initially it reminded me of The Weezer video to Buddy Holly, I think it was the matching outfits and Stefan’s wig.  When questioned about this Grabbel and The Final Cut deny that they will appearing in  coordinated costumes at any forthcoming gigs. 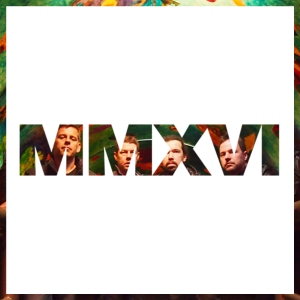 At the start of the year I was excited at the brand new album by Grabbel and the Final Cut.  I announced the release back in January, which was a bold move by the band committing to a new single every month.  Now in late December we are 11 songs into the album, only through misfortune they missed a month.

Back at the beginning of the year, I drew comparisons to this and when  in 1992 The Wedding Present decided to release a limited edition single every month.  The singles later became the album Hit Parade.  Like The Wedding Present, Grabbel and the Final Cut are a singles band and each single stands on its own, but this in turn creates a classic album.  It is  vastly different to the music that they made two decades ago (eventhough I suspect some of the song were conceived 20 years ago).

In the track Dark Side Stefan’s vocal soliloquy sounds style sounds very similar to Guy Chadwick in Spy in the House of Love era.  Passions Just Like Mine starts off with some dialogue from the 2008 film RocknRolla, and rolls into a song about a lovestruck car journey, it’s a real grower.  The next song In Between Years has an almost angular guitar riff at the start, this is the most post-punk sounding Grabbel and the Final Cut song.  The spiky guitar is lost in the latter part of the as the guitars become more fluid, but there is a great guitar solo towards the end.  My favourite is The Pioneer, a really catchy fast rhythm section, with slower thoughtful lyrics. But there is still one more song to be released to complete the album, and this could possibly take the top spot.

It is great to see the second single from the MMXVI album by Grabbel and the Final Cut, after suffering a set back in late January.  It is a different direction to their back catalogue.  The vocals are softer, but the whole song is propelled by the rhythm section.  In particular, Grabbel or drummer Christian Grabowski, is showcased in this single.  He appears on the artwork of the single.  I would compare him to Stephen Morris, or the mighty Colm O’Ciosoig who I have had the pleasure of seeing live.

2016 looks like being a classic year for Grabbel and The Final Cut.  They are releasing an album of entirely new material, songs that have been written since the bands reunion and some that have yet to be created.  They describe it as an album in progress, so on the 1st of each month an extra track will be added.  By December this year the album will be completed. For those old enough to remember The Wedding Present did some similar with Hit Parade, they released a single every month for the whole of 1992.  I am pleased that they are releasing new material and not just Fleetwood Mac’n,  other recent reunions should take notice.

January’s track is Never Always Mine (But I’ll Be Fine) which is in their current live set, and I am pretty sure that they played it at their only UK date in Glasgow.  This track captures the energy of the live performances.

I am temporarily interrupting the Sarah tour of Bristol to enlighten everyone to the latest release by Grabbel and the Final Cut.  It is great they are back in the studio putting out their music.  There previous releases include a live set and an original master tape from 1991.  Electric is a song from the 90’s but rerecorded, and I am enthralled by the big sound that they make; every member of the band contributes to creating a hedonistic wall of sound.

In the New Year, Grabbel and the Final Cut are going to be releasing a single on the 1st of each month and at the end of the year this will be an album of 12 songs.  For those who remember this is very like The Wedding Present’s Hit Parade, a new single every month. Excitingly this is going to be brand new material.

I was a Teenage Shoegazer
Blog at WordPress.com.