This came out in what I fondly remember as the golden era in indie music 1992. I remember watching the charts to see if Reverence made it in the top 40. Often wondering how the radio stations were going to cope with lyrics like, ‘I wanna die just like JFK, I wanna die on a sunny day.’ It got into the top 10, banned from Radio 1 and Top of the Pops.

It has much more venom than the previous album Automatic, it spits out bile. It is a real grab you by the throat album. Teenage Lust has a bass line that reverberates in your spine. Catchfire is drenched in feedback, and when you think they can’t saturate it in anymore. The song goes to another level in feedback. These two songs capture the very heavy slow burners that appear alongside, feedback infested pop such as Far Gone and Out and Tumbledown.  There are moments that could be straight out of Darklands such as Almost Gold.  I am not sure why but Sugar Ray reminds me of Automatic, this could possibly be because  the previous album contained the similarly titled songs UV Ray and Sunray. There are some forefathers of alternative music. For instance The Smiths, The Cure, Echo and the Bunnymen and the Jesus and Mary Chain. While the others enjoyed some, if only limited, mainstream success. The Mary Chain never moved into the limelight, but were major stars of the alternative scene.

A colourful history with rioting at gigs after only playing feedback for half an hour, the famous Bobby Gillespie standing drumming technique and sibling fights that make the Gallagher brothers’ arguments look pathetic.

The first Mary Chain album I brought was Automatic. This was more of a rock album but still my favourite. It is a real mixed bag and more aggressive than Darklands. It is very brawling and black leather. Towering riffs that create a driving album Coast to Coast and Head On (covered by The Pixies) are exceptional. 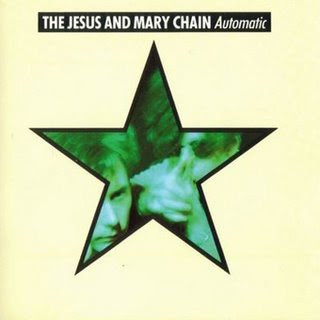