“You can be progressive without being pompous. It sounds like a cliché but I don’t care – we are a progressive band and we’re in the here and now.”
Terry Bickers interviewed by Steve Sutherland Melody Maker April 27 1991.

“If people are tenacious enough they can dance to anything.”
Christian Hayes interviewed by Steve Sutherland Melody Maker April 27 1991.

“Levitation are all the bands you ever wished for..”
Andy O’Reilly in Lime Lizard March 1992

“I’d like to come back as an otter.”
Terry Bickers

There is nothing wrong with prog rock, with the exception of Muse. When guitarist and space cadet Terry Bickers was unceremoniously ejected from the House of Love tour bus to a train station. He formed the prog rock outfit Levitation. Their first album Need for Not, appeared on 4th May 1992 (the adverts for the album proclaiming “May the Fourth be with you”). It is a ambitious album, finding the guitars pushing beyond the melodic pop of the House of Love and into menacing metal rock. The churning guitars and pounding rhythm of Against Nature shows a darker and heavier side that is throughout the album. Levitation are more akin to Loop in their sonic exploration, than Bickers’ former outfit the House of Love.

Then all of a sudden it ended. After playing a bad-tempered fifty-minute set at Tufnell Park Dome in north London on May 14 1993, where the band were co-headlining with Eat, Terry surprised the audience and the rest of the band by announcing his intentions to leave.

“Levitation are a lost cause as far as I can tell. We’ve completely lost it haven’t we? Haven’t we?”
“This is the last time you’ll see me for a bit”.

Levitation : Need for Not 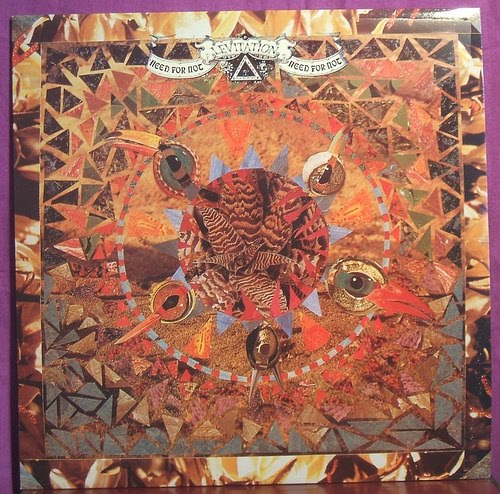