‘Here I Stand Ponytail and Flares’.  The Milltown Brothers could fall foul of the Trade Description Act with that statement.  They did not have long hair or flares.

The title track is a happy proto Brit pop song not unlike the La’s.  They did infact support The La’s.   Don’t Breathe In is a real hidden gem it has a bit of organ in the beginning and beautiful guitars. 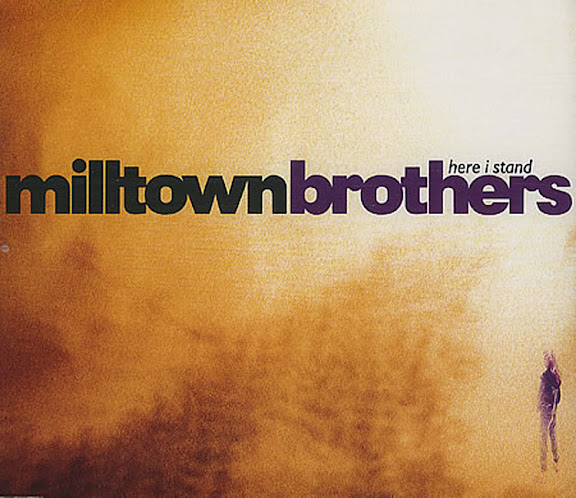 The second gig I ever went to was the Milltown Brothers.  They played at Portsmouth Polytechnic in 1991 (it was a Polytechnic back then). They were supported by Beware the Green Monkey.

I was so impressed by Beware the Green Monkey.  I brought their tape from the T-Shirt stand. Lead singer Bruce Thomas had a Ian Brown monkey gait. There was a general Roses’ feel to the whole band.  I still have the tape but no means of uploading the content from it.

When the Milltown Brothers played, I seem to remember they played Which Way Should I Jump and Here I Stand twice. I am not sure why.  I don’t think that they lacked enough songs for a gig. These are the stand out songs of the album.  There is a nice Hammond organ in Apple Green too. They sounded like Brit Pop way before their time. Yet there are jangly baggy elements to the album.  All this and reminding me of The La’s.  Their lack of recognition may be due to spreading themselves around genres. 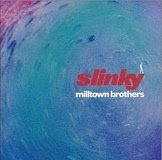 Here I Stand
Sally Ann
Which Way Should I Jump?
Nationality
Never Come Down Again
Something Cheap
Seems To Me
Sandman
Real