The Railway Children, not the family film with Jenny Agutter; the rather fine band from Wigan.    I brought Reunion Wilderness on cassette because it was in the bargain bin at Woolworths, it was in a nice box.  There was quite a few Factory record release in boxes that I brought from that bin, New Order Substance and The Return of the Durutti Column with the track list written on sandpaper.

It’s a album that is very easy on the ear, it reminds me of Deacon Blue, in a nice way.  It leans towards the more jangle upbeat end of C86.  The songs have catch hooks.  Unlike much of the material associated with the C86 movement, the subject of their songs is not just unrequited love.

Another Town and the two singles Brighter and Gentle Sound are the standout parts from this album. 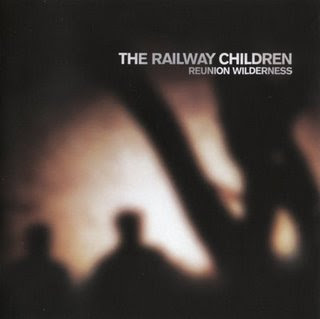