Probably unlike everyone else, this is not my least favourite Ride album. Black Nite Crash was the single that was released before the album. It is a great single, and I thought that it was a return to form.

I have to admit I was not a fan of the 60s pastiche Carnival of Light.  In that album half the songs were penned by Mark Gardener and the other half by Andy Bell. In Tarantula they were nearly all written by Andy, causing it to be called his solo project.  This was showing the growing tension within the band. It was a miracle that the fifth album was released.

Andy documents Mark’s divorce from the rest of the band, in the song Castle on the Hill.  There is another school of thought that suggests that this is about Alan McGee instead.

A friend of mine, one of the few. Has locked himself away like Howard Hughes. They’re trying to replace him, but they know they never will.  It ain’t the same without him on the castle on the hill.

It is the most heaviest Ride album, but not in a distorted, effects smothered way like Drive Blind.  The heavy sound showed Andy and Mark’s vocals as not quiet strong enough. By the time Tarantula was released the band had split up, and the album was deleted after a week. Sadly Mary Anne is not the Glenn Campbell song, which Spacemen covered so well.

This was the last single before Ride split up in 1996, and I think that it is a great parting shot.  It was the only post Going Blank Again tune that made it onto there Coachella 2015 set yesterday. It was awarded single of the week in Melody Maker, and reached 67 in the Singles Chart. Black Nite Crash is a slice of rock from the floppy fringed four piece. The lyrics and chords are shot out and the whole rock picture is completed by metaphors about rattlesnakes. The other tracks are worthy of inclusion in Tarantula, but they were left off.

Nothing Lasts Forever
Slave
A Trip Down Ronnie Lane

One of the seminal shoegazing albums and genre defining moments in early nineties. Ride were described as ‘the House of Love with chainsaws,’ by Steve Lamacq. It opens with the psychedelic Seagull, hazy guitars that build to a cataclysmic finale. Just listen to the controlled chaos of Laurence Colbert’s drumming.There is an atmosphere about the album. Dreams Burn Down and In a Different Place, have an intensity that slowly burns inside you. It could make you cry. Walls of sound rise and fall throughout this album.

The closing song is Vapour Trail. When that is played I am transported back to being a curtained haired 16 year old shuffling around the local indie disco.

In shoegazing circles they had everything. The were accomplished musicians, they had the look, they were outrageously cool and Mark had nice hair. There was not a single indie kid who did not like Ride. They were extremely popular with the student fraternity. This was well publicised by the Mary Whitehouse Experience .  It came out in the short period of time, that was the golden era of indie music.

This edition has the Today Forever EP included, which is their best ever release, this was a stopgap release between Nowhere and Going Blank Again. 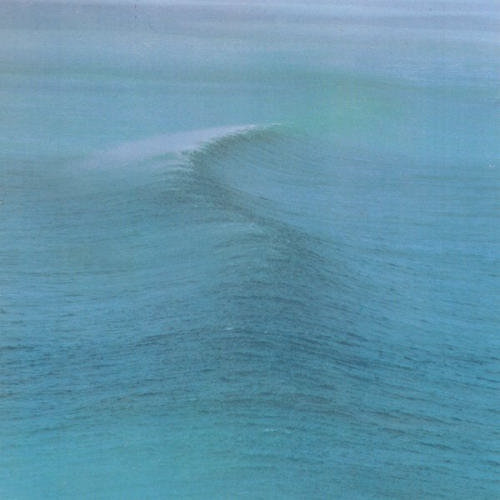 This was when, very nearly, shoegaze went mainstream. This album still had indie creditability, but was palatable for the casual listener. The sombre tones of Nowhere were replaced with happier shinier lyrics. None of the, “dreams burn down and choke me every time” lark. I have to say that I am more of a Nowhere fan. Going Blank Again is not haunting enough . Was it named after the introverted performances in the shoegazing scene? Christopher Gunson with creating the cover art for the album. The portrait is reminiscent of the face of The Green Man, a figure of urban legend. A man so ugly that he used to just go out at night.

It came out in the classic year of 1992, when all the best albums came out. Andy and Mark take credit for individual songs, instead of the usual “written by Ride”.

It kicks off with Leave them all Behind, this is a classic. It is so good that I find it difficult to remember the rest of the album. Chrome Waves is a little brother of Sennen. Cool Your Boots has been paraded as a shoegazing classic in some circles; I would disagree. The vocals are painful and hollow, even the energetic guitar and drumming do not save it. Mousetrap has a good guitar intro but suffers from too much “aaa aaaaaa aaa” in the lyrics, this is prevalent throughout the album. Making Judy Smile has a nice 60s Kinks edge to it. OX4 is an Oxford postcode, and a great song very hypnotic.

Ride did the very shoegazer thing of not just collecting EPs together, but releasing them as a mini album. Ride Smile is the first two EPs (Ride and the Play EP). It is a very raw sounding Ride with songs that are not as polished as their latter albums. This is part of the endearing quality of Smile. It would also be responsible for Steve (Lurpak) Lamacq comment that they sounded like, ‘the House of Love with chainsaws’.

Stand out tracks from the album are obviously Like a Daydream and the cathartic Drive Blind. At the local indie disco they used to play Chelsea Girl and this has particular fond memories for me. There is not a bad song on the album. This takes me back to a happier time when bands didn’t put filler on b-sides of EPs. I think that it would be hard to release a collection of EPs today.

This is the outtakes and demos album that was included in the Ride Box set. It has some really early tracks such as the Chelsea Girl 1988 demo. I’m Fine Thanks which was an early live favourite.

It features a few weird and wonderful things. Loz Colbert takes up vocal duties on Everybody Knows, he even wrote that track. Loz also wrote Blue which appears here. The dub version of Dreams Burn Down is surprisingly good. There is a New Order pastiche which is BarneyS, it is a bit naff at the start and you could think that you were listening to Black Lace. There is even a Velvet Underground cover, New Age.

There are a few songs that were just not good enough or too long to make the albums. King Bullshit started off life as a 8 minute track. Xmas Song should just be avoided, it is one of those “what on earth were they thinking”, moments. It also has nothing to do with Christmas either.