After reading dozens of different reviews (which were all different), I took the plunge and got the new Slowdive album.  Their first album since disbanding 22 years ago after allegedly Oasis asked Alan McGee to drop them.  My first impression is that it blends the shoegaze earlier style with their ambient leanings of their latter work.

Initially I thought there was a lack of delicate gossamer, and celestial harmonies. The harmonies in Everyone Knows, are lost in the guitars.  Go Get It is my least favourite track, it sounds messy.  Slowdive usually have something that pulls the chaos together like a vocal harmony or a cello.

It took a few listens to the album for it to not sound so heavy.  There is a post-rock feel to the album, and particularly in the song No Longer Making Time, with the quiet-loud-quiet format.  Star Roving is the stand out song on the album that gets everything right, and would be easily included on a Slowdive greatest hits album.  I am pleased that they have returned with an album that is not a change in direction, layers of reverb at the forefront.

It is a worthy addition to the Slowdive discography that enhances a glorious back catalogue.

Morningrise was released before Just for a Day.  It is a simple yet powerful single, and defines the transition between the first two albums.  The vocals are less defined and become just an addition sound to add to mood of the individual song.

The title track shows some more ambient leanings, It would have felt disjointed if  it was included on Just for a Day.  It shows that Slowdive were moving towards a much more atmospheric sound, before the release of the debut.

She Calls was a favourite from their live set.  It is the only Slowdive song that I know with rolling drums.  This contrasts with the shimmering guitars and vocals that are awash with reverb.

Losing Today is Slowdive’s first outing in the more ambient regions of shoegaze.  It is a haunting soundscape, in which Rachel’s vocals are barely audible.  The lyrics, if you can make the out, are melancholic and fraught with depression.

This might possibly been the defining Slowdive moment. It has everything that you would expect from Slowdive swirling guitars and dreamy vocals, it’s all about the atmospherics. Catch the Breeze opens the EP as it does on their debut Just For a Day. It has cascades of guitars washing all over it and quiet yet hard and definite drumming.

Golden Hair is a cover of a Syd Barrett song which was based on a James Joyce poem. Rachel Goswell sings the poem, you cannot make out any of the words. After the pem has finished the song and then it builds up to an almost ecstatic coda.

The jewel of the EP is Shine, an shoegazing out of body experience. This could be Slowdives greatest moment. Not a song that you can enjoy casually listening to. If you take the time to listen to it properly you can lose yourself in the soundscapes and space.

The finale is Albatross. This uses atmospherics in a dark and haunting way,which contrasts rest of the EP which is dreamy and floaty. There are tom tom drums beating away like a quickening heartbeat. The song has been likened to watching a tiger hunt in the jungle.

Outside Your Room is the fourth EP by Slowdive, release two week prior to their second album. Its title is taken from the lyrics of the lead song Alison.  Alison is probably one the best known Slowdive songs ever, yet it is not the best song on here.  It seems to hark back to Just For a Day, and they have come so far since then.

So Tired has a love/hate relationship with most Slowdive fans.  I am inclined to think that this would have been a decent closing track to Souvlaki Space Station. With it’s droning reverbed guitar, if there was such a genre it could be called gothgaze.

Slowdive : Outside Your Room 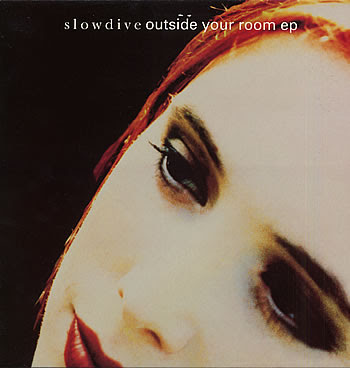 I used to think that only Spacemen 3 and Mogwai should do instrumentals. I was wrong, I am the Elephant, you are the Mouse is a film which Slowdive made the soundtrack to, and it contains instrumentals. It is a very mature work with a lot of depth.  The album sounds remarkably like the Cranes. In 1993 Slowdive and the Cranes toured Europe together. It is rumoured that Alison was written about Alison Shaw of the Cranes, and it is even said that she appeared in the video.

As far as I know the album has never been released. Which is disappointing as I would rate it as a great piece of work. As this is an unreleased work there is no apparent tracklisting or order.  I think that all versions of the album are essentially the same, but the songs have different names.  From example; sometimes a song is included called Ports Theme (Alternate Mix 1), on the version I have this song is not on there.  After listening to Ports Theme #1 on I Saw the Sun, I realised that that this sounded like Beginning, Part 2 on my version.  So it is likely that Ports Theme #1 and Beginning, Part 2 are the same song.

There is more mystery, is this a Slowdive or Mojave 3 release? There are conflicting ideas; “Mojave 3 arose from the ashes of Slowdive in 1994” source www.mojave3online.com/biography, I am the Elephant, you are the Mouse was released as a film in 1994, Pygmalion (Slowdives last studio album) was released in 1995.  It is most definitely a Slowdive album, the song Cranium is a remixed collage of the song Blue Skied an’ Clear from Pygmalion.  There is also the link to the I Saw the Sun demos.  The sleeve notes in Pygmalion suggest that they were working on the soundtrack as soon as the were dropped from Creation.

Slowdive : I am the Elephant, you are the Mouse

This is the moment shoegaze got into bed with ambient techno.  Slowdive extended themselves into ambient techno, which was the favour of the moment in 1993.  They really do pull it off.  In Mind is a ambient soundscape with a soft throbbing drumbeat in the background.  The vocals are straight from a 4AD band; they are ethereal and atmospheric, rather than distinct.

The next two songs are instrumentals. Good Day Sunshine is a deceptively happy title to some more atmospheric tinkling.  Missing You has a keyboard that sounds like a very soft organ.  There is probably a technical term for this; but you can probably guess, I out of my music comfort zone. This organ sound creates a darker gothic feel. Gothic in the gothic literature sense, not goth rock sense.

The last track is Country Rain which is regarded as one of their best.  It has slide guitar and is reminiscent of Beach House.  It  also shows the beginnings of the music that would continue in Mojave 3. 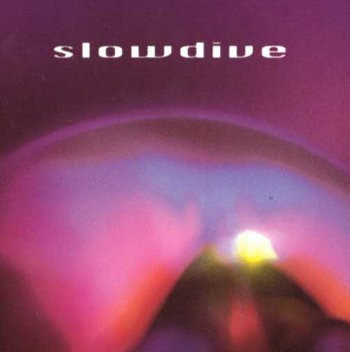 Just for a Day came out in the golden era of Creation Records. They had everything Boo Radleys, My Bloody Valentine, The Telescopes, Ride, Swervedriver, Primal Scream and Teenage Fanclub. It was definitely the best indie record label around. With 1991 was a high point in the shoegazing scene, Just for a Day is one of the soundtracks from those halcyon days.

It is all about atmosphere right from the beginning with Spanish Air, it has an aquatic feel which is prevalent throughout the album.  Just for a Day benefits from Rachel Goswell and Neil Halstead sharing the vocal duties, and when they duet in Catch the Breeze it is just beautiful.  Primal is a darker duet but it still shimmers, this was definitely a sign of Slowdives future direction.  Likewise, The Sadman happily floats along and without warning it deepens and darkens. Showing Slowdive were not afraid to move outside comfort zones. Using effects and walls of sound in contrast to gentle lyrics and melodies.

Slowdive were all in their early twenties when the album was made and it was a extremely mature and focused piece of work.

Slowdive : Just for a Day 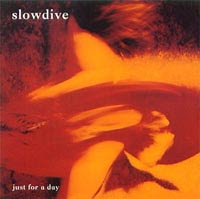 I was a Teenage Shoegazer
Blog at WordPress.com.