This single used to be played every Saturday at the local indie disco. This was in the early nineties eventhough the single came out in 1986. But it is such a danceable number; I think it must of been played solidly from 1986 till 1992.

Importantly it was also included on C86, which started indie music as we know it today. It is one of the highlights of C86 (the best song on there, in my opinion).  The Bodines made one album, Played; and then it was all over. The producer for the album and Therese was Ian Broudie. In 1986 he was between jobs. The Lightening Seeds had not formed, and Broudie’s post punk outfit Big in Japan had dissolved.

The run-out grooves for Therese read “FOR KEN HILL” and “I LOVE MIKE HUNT.” 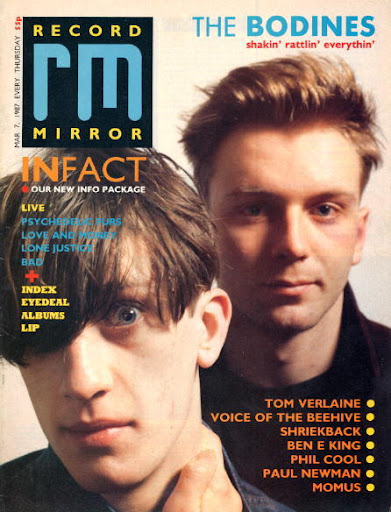