The Darkside’s Live album that is taken from two separate dates in 1991. It was only available in vinyl on Acid Ray Productions and very limited edition.  It was released in between All that Noise and Melomania and features mostly songs from the first album,  Are You For Real is the only song to make it from Melomania. The a-side (the first five songs) are from the Moles Club, Bath, recorded on 19th January 1991. The b-side (the last five songs) is from the Dolce Vita, Lausanne, Switzerland, recorded on 19th April 1991.

When you listen to Psychedelicise Suburbia, you can really appreciate what a tight outfit they were.  I would have loved to have been there. 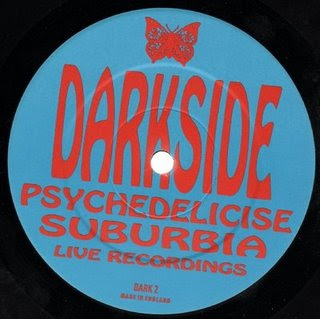 The Darkside’s second and last album, had mixed reviews.  It moved away from the psychedelic folk rock and went towards the regular indie fare that filled the alternative charts of the time.  But there are still some atmospheric classics such as Rise that builds up slowly and then goes into a wobbly sonic guitar freak out.  In it’s own way sounding like The Doors, this is due to Pete Bassman’s solitary vocals and the length of the song.

Another highlight is  Tornado, it’s sinuous guitar catches the listener.  Organs are used extensively in the background.  Sterling Roswell was concentrating on keyboards this broadened the sound, and he handed the drum sticks over to Craig Wagstaff.

Are Your For Real and Cry for Me are anthemic, but This Mystic Morning reverts to a slow drum shuffle and psychedelic  musings that are straight from All That Noise, or the Kula Shaker back catalogue. 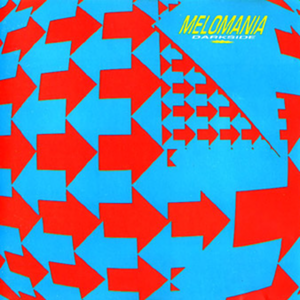 My first experience of The Darkside was watching the Brit Awards in either 90 or 91. It was the one where Jonathan King proclaimed his fondness of Carter USM. The Darkside appeared in a Live Music Weekend type event. It was a 10 second clip of them and I was blown away. While the other shoegazers were gangling away The Darkside were going for the audio jugular.

The two main members of The Darkside cut their teeth with Spacemen 3 which is a apprenticeship to be proud of, otherwise band members changed constantly. They were like a 90s indie version of The Doors, with a bit of Jimi Hendrix which is not bad. This adds to the psychedelic feel of their work. This is psychedelic in a garage rock way, rather than floaty and trippy.

It was a miracle that All that Noise was recorded with the constant lineup changes, but the instability does not show in the album.  Opening with an instrumental is quite daring, but Guitar Voodoo is a perfect start to the album.  A slow drum shuffle and rumbling bassline with jangly guitar riffs that build up to a heavy stoned out sonic wah. Found Love sounds triumphant, you can really feel the ecstatic emotion in it.  The other standout psychedelic tracks are Waiting for the Angels and All that Noise.

The Darkside : All that Noise 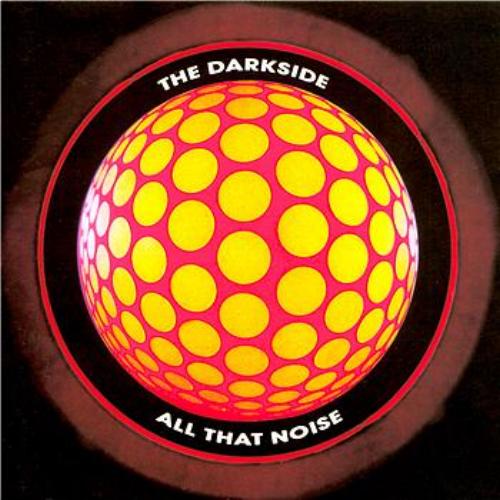 Another psychedelic classic from The Darkside.  The slow drum shuffle and unglamorous Hendrix style guitar.  Despite all the effects used it sounds remarkably like a session recording, very Spacemen 3.

The Darkside : Waiting for the Angels

Waiting For The Angels (Edit)