The very last single from The Dylans and it was a great tune but unfortunately it was a busy happy track that harked back to the Madchester era and as it was released in 94 and everyone was into Britpop, drinking Gin and Tonic and feeling Supersonic.  The single didn’t chart and they released Spirit Finger the following month in April 94.  They called it a day shortly after.

The Dylans : I’ll Be Back to Haunt You

I’ll Be Back To Haunt You

The Dylans were named after the rabbit in the Magic Roundabout, not Mr Zimmerman. I have only recently discovered this fact, for years I thought the name was a tribute to dear Bob. After their eponymous debut album they looked for a diﬀerent direction for their new album. Gone is the hallmark wah and organ (it is there but in the background).

The whole psychedelic sixties feeling has been stripped away. This is not to say that it is a bad album, I think that another album like the ﬁrst would have been too much. They would of been branded a sort of novelty band. Spirit Finger didn’t fare too well. Subsequently they were dropped by Beggars Banquet Records.

Mary Quant In Blue is an abnormally in The Dylans catalogue.  Despite the overtly sixties title the song does not have any retro stylistics; no Hammond organ and no wah.  The I Hope The Weather Stays Fine (Bryan ‘Chuck’ New Remix) it is lacking the wah from the original, which was greatest thing about that track.

You Won’t Last Long Without Me is a shocking song, the opening vocals sound like a karaoke with echo.  Mary Quant In Blue (De-luxe Reverse Submarine Mix 2) is a backwards remix that is very Stone Roses think Full Fathom Five or Guernica.

The Dylans : Mary Quant in Blue

It was The Dylans that motivated me to wear love beads during my teens.  At the time I didn’t realise that it was them.  All the other shoegazer fans were wearing beads.

The beads were not the only 60s pastiche they had. There music was laden with Hammond organ and wah. Combine this with the psychedelic lyrics and song titles Mary Quant in Blue, Sad Rush on Sunday and Particle Ride and you have all the ingredients for a great album.

I went to see The Dylans at the Bournemouth Hothouse and one of the band members was wearing a jumper with The Dylans lemon logo knitted on the front.  This did not inspire me to get my Gran to create a similar article. 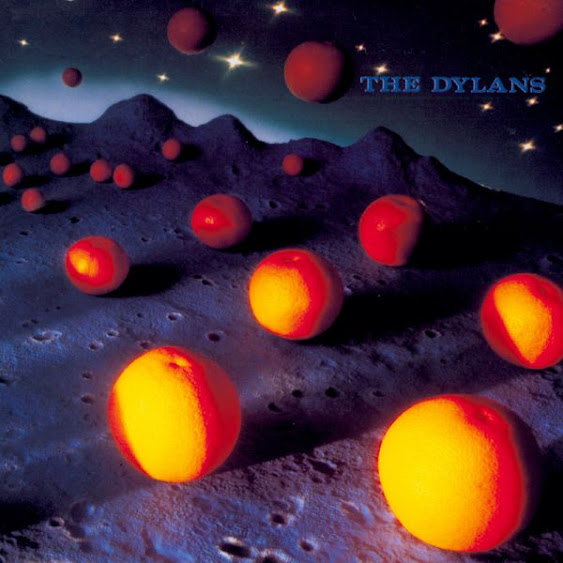