The last album from The Mock Turtles, who where at the time fast disappearing from the sight of the media.  They failed to capitalise on the success of Can You Dig It, and the low profile highly commercial ‘Two Sides’ was soon to be condemned to Woolworths bargain bin.  The Turtles went back into their shells and didn’t appear again until 2002 when Vodaphone used Can You Dig It in an advert.

This was a real shame as there are some really beautifully crafted songs on the album, yet the fact they give And Then She Smiles and Can You Dig It another outing is really annoying.  Although it is a good listen it is not as memorable as ‘Turtle Soup’.  Strings And Flowers is a stand out track and the only single released on the album, unless you count the two singles from the previous album that appear on here too.

A really psychedelic album and probably draws more from the C86 movement than Madchester.  Carefully formed with numerous subtleties that can only be heard after multiple listening’s.

Strings And Flowers
And Then She Smiles
Shine On Me
Baby And The Stars
Words Of Wisdom
Pearls For My Girl
Brush Of A Butterfly’s Wing
Can You Dig It?
You Move Me
Deep Down
Why Must I Share This Air With Foolish Men?

It is unfortunate that The Mock Turtles are only remembered for one song, they had much more to offer than that.  After years of gigging they had success with Can You Dig It.  This for a short time only put them with the stars of the Madchester baggy scene. The follow-ups to the single were not so warmly received. Nothing could recreate the success radio-friendly chart hit.

The album is a very well-written, catchy pop album. With numerous stand out moments, Kathy Come Home, Oh Helen How and Head Run Wild.  These could have all been singles, and are very memorable pop songs. 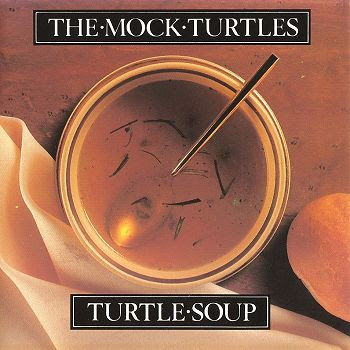 Head Run Wild
Lay Me Down
Another Jesus Walks On Water
Oh Helen How?
How Does It Feel?
And Then She Smiles
The Willow Song
Mary’s Garden
Can You Dig It?
Wicker Man