There must of been a great indie scene in Brighton with 14 Iced Bears and The Popguns hailing from there. Love Junky is often regarded as their best album.  It is a slice of catchy indie pop that really deserved to be successful.  It showcases the talents of vocalist Wendy Morgan, it is her voice that drives the the songs and the whole album. 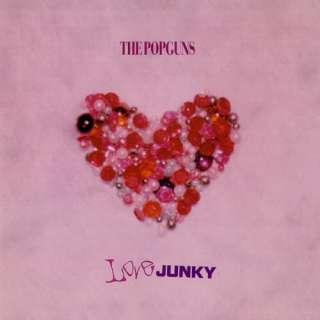 The sound is what you would expect of a pre-Madchester indie combo. Hanging on to the a shambolic scene; which is not a bad thing. Doomed as seriously radio unfriendly music, anti-mainstream and anti-stardom. It is still wonderful powerful guitar pop music with incredible melodies and a captivating mixture of melancholy and energy.

Still A World Away

Where Do You Go?
Put Me Through It
You Must Never Know
Gone
Lightning
In My Head
Bye Bye Baby
Send Me Shame
Going Under