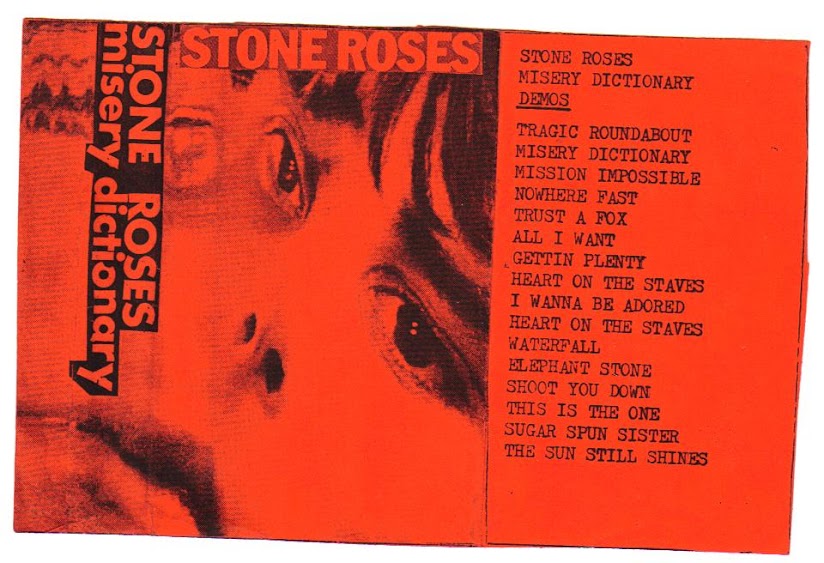 It was the Stone Roses who started off my musical journey. After hearing their debut album I went from being a school kid into football, to a teenager that was part of youth culture.  It was an exciting time to be young.

They were definitely dangerous, FM Revolver re released Sally Cinnamon without the Roses permission.  They went round to where the record company were based in Wolverhampton and threw paint round the offices. The Stone Roses had difficulty with their own record company Silvertone.  This and general laziness, resorted in a long retreat.  During this time the fans became desperate and needed more material.  I bought a bootleg of demos to keep me going. This later became the Garage Flower album.  It was purchase from a record shop in St Mary’s Street in Southampton, which is the same road as the legendary Joiners Arms.  The record shop was called either ‘Ferrets’ or ‘Weasels’, but both are sadly not there anymore.

I think  the  reason  that  the  bootleg  was released,  was because it was one of the  most  purchased  illegal recordings of that time.  It was produced by the legendary Martin Hannet but the sound quality and the production is really rough. Ian Brown has a Lydonesque snarl in Trust a Fox, but on other occasions sounds like Papa Smurf.