The Telescopes return with their 10th album, Stone Tapes. Which is due for release 20th November.  While the execution is different the solid intensity is still there. The Telescopes  are essentially just Stephen Lawrie.  Who has taken the sound from the Jesus and Mary Chain inspired debut and experimented with it for the last 30 years.

Stone Tapes is a concept album of instrumental drone and sparse instrumentation.  Stephens vocals sound disjointed from the other sounds and drones, it reminds me of how Lou Reed’s vocals are disjointed from the rest of the Velvet Underground this is made even more uncomfortable by long pauses and minimal layers.

The unnerving style probably inspired the album name, “Stone Tape Theory”, was theorized by Thomas Charles Lethbridge The archaeologist, parapsychologist and explorer developed the idea that inanimate materials can absorb energy from living beings, and that this mental electrical energy, released during emotional or traumatic events, could somehow be “stored” in such materials and “reproduced” under certain conditions.

Stone Tape is an intense audio experience that requires persistence.  Not for the faint-hearted or casual listener.

The Telescopes : Stone Tape
www.yardpress.it/stone-tape or via Bandcamp at http://thetelescopes-stonetape.bandcamp.com/album/stone-tape

The Telescopes first outing on Creation records.  After their previous label ‘What Goes On’, went bankrupt.  Alan McGee bought the rights to their songs and was able to get them out of a fix.  They moved away from the Jesus and Mary Chain stylings and took a psychedelic route.  This is psychedelic in a Spacemen 3 sound, not like Grateful Dead or Jefferson Airplane. 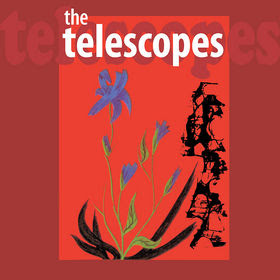