This week I really wanted to see Spiritualized at the Barbican, but I couldn’t organise it around work.  I kept on telling myself; it won’t be like Glastonbury 92 and 98, Royal Albert Hall 2011 or Salisbury Arts Centre 2006.  The Spiritualized gig was a classic and I was gutted.  Not to worry I had tickets to Kirstin Hersch just down the road.

Admittedly I knew very little about her solo career. I have a copy of Throwing Muses Hunkpapa, and that is my only knowledge of Kirstin’s work.  After a listen on Spotify, the wife surprisingly asked if she could come along too.  What I heard was Throwing Muses ‘unplugged’, this is a very over simplified description and does not really do the songs justice.

The gig was a seated event,  which suits me these days. Despite the venue not being a fair size it felt very intimate.  It was just Kirstin, her guitar and book.  There was no dramatic lighting or stage effects, everything was laid bare.  This added to the raw and stark emotions that are conveyed in Wyatt at the Coyote Palace, her latest album.

The album title was inspired by her son Wyatt and his fascination with an abandoned apartment building inhabited by coyotes, often visiting these creatures during the album’s recording. From the press release:

While the songs were written in the last 5 years over a turbulent period in her life, the prose was inspired by her autistic son Wyatt and his fascination with an abandoned apartment building inhabited by coyotes. Wyatt often visited and even filmed the coyotes during the recording of the music, yet suddenly his intense fascination came to an end.

We are not afraid of controversy here at ‘I was a Teenage Shoegazer’.  So once again I am going to stick my neck out and stick up for a universally panned album.  I was lent this album at school.  A friend borrowed my Charlatans tape, and I asked if he had any good indie albums?  He said that his sister had a Throwing Muses album, so I asked if he could do me a copy.

This is often seen as a glitch in the Muses’ catalogue .  The production has allegedly stifled and muted the songs.  Is this another example of 4AD interfering with the production, like they did in Lush’s Spooky.  But probably 4AD were only the UK distribution, and it was Sire that were at the forefront of production.

There are some classic Muses’ songs here Devil’s Head, Dizzy and  Fall Down. These songs are very different to each other.

Many have made known there disapproval of the use of horns in Hunkpapa.  I have listened to the album extensively and the horns are not jumping out at me.  There is a slight brass section in Take, but that is in keeping with everything going on in the song. 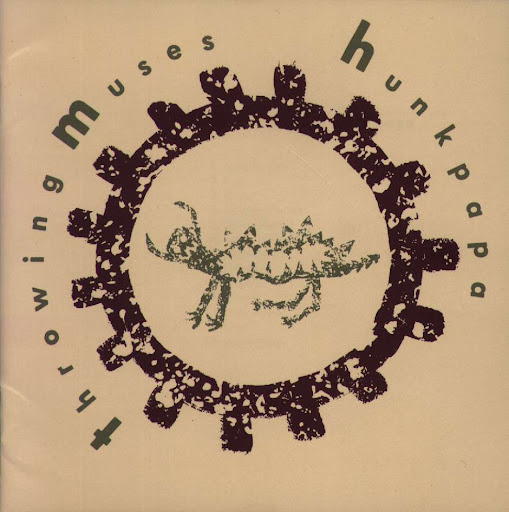